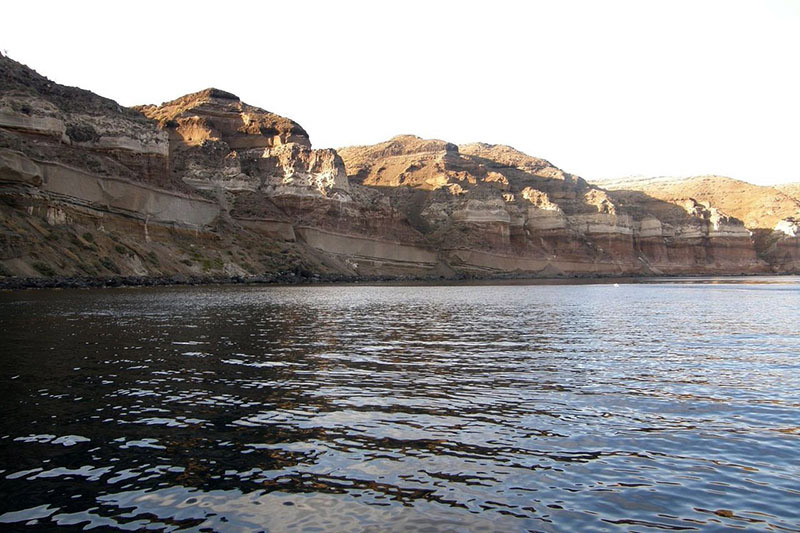 Pegasus Suites & Spa is located in the traditional village of Imerovigli. Only 1.5 km away from Fira, the center of Santorini, this picturesque village offers one of the best views of the volcano, the caldera and the blue color of Aegean Sea.

A cobblestone path will lead you to Fira if you decide to enjoy the view of the volcano and the sea while talking a walk. Do not miss visiting the remains of the Skaros Venetian castle. Follow the path from Skaros to end up at the lovely church of Theoskepasti, where you can enjoy the amazing view of the volcano.
Google map

From the Luxury Santorini Hotels Pegasus Suites & Spa in Imerovigli, you can easily reach the following destinations:

There is no other Island like it. In 2006 and 2007, it was voted the No. 1 European Island Destination and one of the Top 10 Islands in the World by Travel & Leisure Magazine. Santorini is the Island where nature reveals its most mystical and extraordinary secrets. It is known all over the world for its stunning sunsets and the most breathtaking views of the unfathomable blue of the Aegean Sea.

The Minoan capital of Santorini owes its unique curved shape, famous black-sand beaches, and high, striated black, red, and grey cliffs to the volcano that erupted and created it 3,500 years ago; an event that led Plato to argue that it was the lost city of Atlantis. The Caldera – a seven mile crater enclosed by the two arms of the crescent – serves as the harbor of Santorini and is one of its most defining features. The sunset over the Caldera is a nightly extravaganza accompanied by a festive atmosphere.

Santorini is home to no less than ten wineries. Wines of the Region are dry with mineral overtones, with the exception of Vinsanto which is the dessert wine of Santorini which is well known as it is also the wine of the Holy Communion. Arts and crafts thrive on the Island, with many local artists exhibiting across the island. 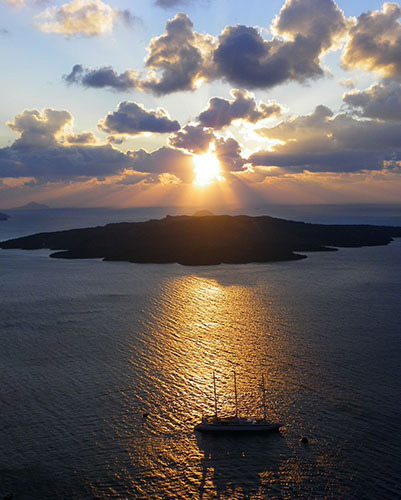 Travel to Santorini By Air

Travel to Santorini by Sea

Not as fast as a flight, sea travelling can be more affordable and above all much more rewarding in views and experiences. The Blue Star Ferries slow boats (nine hours travel time) depart daily, all year round, from Piraeus Athens’ Port while the Hellenic Sea Ways High Speed ferries (five hours travel time) depart daily from April to October. For additional information regarding travel in the Aegean, visit openseas.gr.

Travel between the islands

If you are in a mood for some island hopping, the best way to do it is through Sky Express small Jets, flying from late May to early September. Alternatively you may opt for the classic Hellenic Sea Ways Flying Catamarans (Flying Cats), in operation from late April to early October. 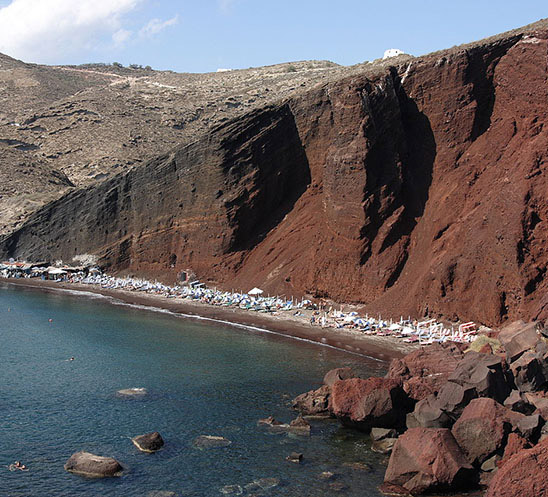 With your comfort and pleasure in mind. Pegasus Suites & Spa has prepared a brief list of useful travel tips that will come in handy before and during your vacation in Santorini…

Santorini enjoys the typical Mediterranean climate, which is marked by extended periods of sunshine throughout most of the year, warm and dry summers, and mild winters. Information about the local weather at Meteo and Poseidon.

Tap water can only be used for washing, bathing and brushing your teeth. This is why Pegasus Suites & Spa offers a complimentary large bottle of fresh water on a daily basis.

The main Taxi Station is situated in the central square of Fira. With prior notice we will arrange for you to be picked up from any location. The Bus Company operates daily bus routes around the Island. The bus terminal is located next to the taxi station in Fira’s central square and of course, we can always assist you to rent a car or a quad bike to freely experience the Island.

Banks in Santorini are open from 08:00 – 14:30 from Monday to Thursday and 08:00 – 14:00 on Friday. ATMs are available in most of Santorini’s villages. Visa Master and American Express card, as well as debit cards from internationally recognized financial networks, are widely accepted.

The Hellenic Post Office, called “ELTA” has outposts throughout the island. The central Post office is located in Fira town, close to Taxi and Bus stations and can be easily recognizable by the blue and yellow color combination of their signs. Operates from Mon-Fri 8:00 to 14:00. And of course, you can deliver you mail to the concierge to post it for you.

The electricity supply in Greece is 220-250 volt, 50-cycle, and alternating current. 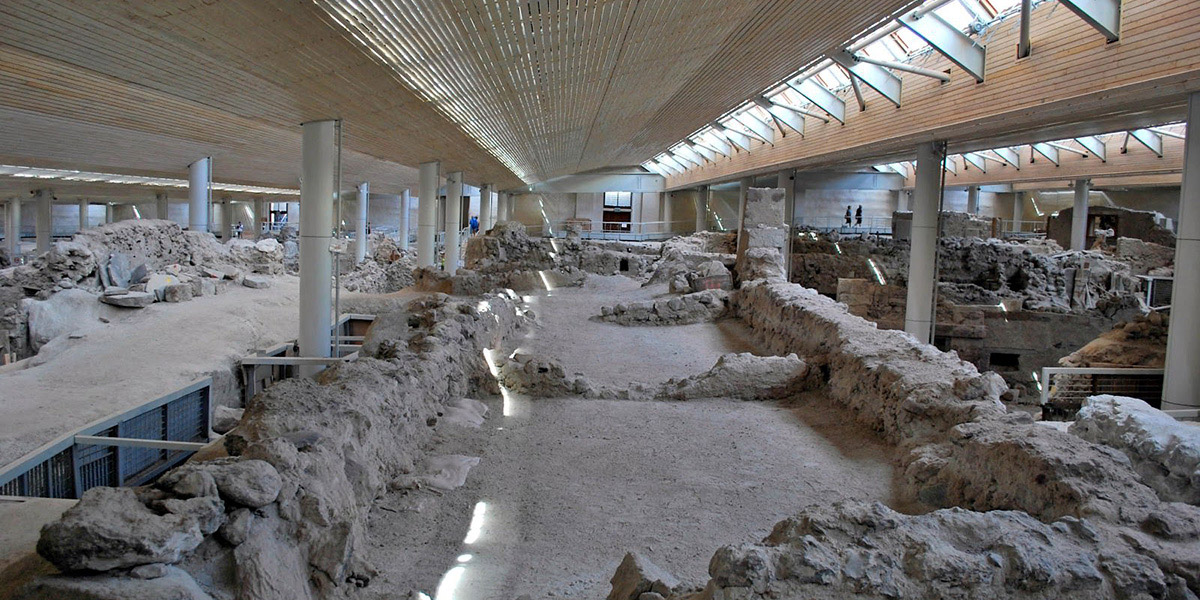